What is renal amyloidosis and how is it treated? Is it worth the panic and how to get rid of this disease? After all, if you have received such a diagnosis, you, like any sensitive person who is concerned about your health, will try to read briefly the causes of the disease and its symptoms to start treatment immediately. We will now consider the most affordable and possible treatment options.

Kidney amyloidosis is a disorder of the organic functioning of the organ, caused by a failure of protein metabolism of the kidneys. In general, amyloidosis is a disease of the entire body system. It is characterized by the accumulation in the kidney parenchyma of pathological fibrillar protein glycoprotein, which leads to a decrease in functional renal tissue. As a result, the pathogenic protein - amyloid accumulates, which leads to the inability of the body to properly filter the protein and its subsequent destruction.

Kidney amyloidosis, as part of general amyloidosis, can also result from similar problems in the heart, intestines, brain and liver and is also often the result of another chronic disease. The problem of diagnosing and treating this disease is extremely important because, firstly, it is difficult to diagnose and, secondly, it is fatal because it can lead to chronic kidney failure. This disease can be both genetically and secondary, ie resulting from inflammatory processes such as tuberculosis, osteomyelitis, actinomycosis, rheumatoid arthritis, oncology.

There are several forms or stages of kidney amyloidosis:

It is also important to divide the disease according to the stages of development:

Our treatment is not intended to completely treat the disease but rather to slow its progression and relieve the various symptoms of the disease. Indeed the natural remedy that we offer consists of plants with anti-inflammatory properties. It will also purify your blood and its diuretic properties will be beneficial to you if you have a disease of the kidneys, lymph nodes and spleen. For people suffering from affection to the nervous and cardiovascular system these plants will restore the functioning of these different systems. Our treatment is an all in one for the treatment of amyloidosis.

Before discussing kidney treatment, it is important to mention the ways in which the disease can be diagnosed. Early symptoms of amyloidosis include proteinuria, ie an increase in the protein content of urine. There is a tendency for thrombosis. To confirm the diagnosis, laboratory tests are performed, ultrasound, MRI, CT are performed. At the same time, kidney biopsy is considered the most reliable way.

The primary form without kidney biopsy cannot be difficult to diagnose. The following symptoms appear in the secondary form of amyloidosis: headache, low skin sensitivity, difficulty breathing and diarrhea. The first thing you need to do is go through a urine and blood test, there will be a low protein content in the blood, but the opposite will be higher in the urine. Maybe the urine will foam up, and there's a chance there's blood in it. All this is due to a violation of the ability of the kidneys to filter.

There is also a relationship between fibrinogen levels, special proteins in the blood plasma and the stage of amyloidosis. Hyperfibrinogenemia can speak to the heredity of the disease. Another sign is too high a level of lipids. In the analysis of feces amyloidosis can say the so-called steatorrhea, high in fat. It is also important to biopsy organs, not only the kidneys, but also the heart, intestines, liver and bone marrow. Biopsy helps to more accurately identify any stage and form of amyloidosis. An ultrasound test can reveal an unnatural growth of the kidneys, the kidneys themselves become a gray-pink color. The same unnatural growth can be in the liver with the spleen.

For the nephrotic stage, swelling all over the body is characteristic. This stage is often associated with cardiovascular disease, usually due to the appearance of another disease. In addition, for the diagnosis of amyloidosis, the complement binding reaction to the serum of patients is used, using amyloid protein as antigen. Complement binding reaction with amyloid antigen is considered one of the most reliable diagnostic methods. But in general, no method is still quite reliable compared to a biopsy of organs and tissues, from the liver itself to the gingival tissue. Only a systematic study of the body will reveal such a complex disease for treatment. Amyloidosis can occur for years and decades, and people may not be aware of it.

Although this syndrome is poorly understood, treatment of amyloidosis in the kidneys can be successful. Treatment methods may not be as effective and do not give a clear result, but they nevertheless increase the chances of patients surviving. One of the main methods of treatment is to recover from the underlying disease, which was triggered by amyloidosis. For example, it may be syphilis or arthritis of the bone tissue and, in general, infectious or purulent diseases, including tuberculosis, should not be forgotten about tumors. It is also worth listing such diseases as: lymphogranulomatosis, myeloma, pneumonia, bone marrow inflammation and others. Amyloidosis in old age, for example, is not treated and is generally considered a universal sign of aging. The success of therapy, in fact, it generally depends on the stage and form of amyloidosis. Therefore, timely diagnosis plays a crucial role.

There is a high probability of developing amyloidosis in men over the age of 50, in people suffering from tuberculosis, inflammatory processes in the joints, as well as in the case of systematic use of hemodialysis (extrarenal cleansing of the blood) or bone marrow tumor. .

The reasons for the formation of this rare pathology are still being studied, but a number of factors affecting the occurrence of amyloidosis are known. It has been established that the chronic inflammatory process caused by infection is a catalyst for this disease. These include tuberculosis, osteomyelitis and other inflammations of the joints, syphilis, malaria, myeloma (bone marrow tumor), malignant neoplasms in the lymphoid tissue.

The appearance of amyloidosis is explained by the pathology of protein metabolism at the cellular level, which is accompanied by a violation of the amount and quality of plasma protein (liquid part) of the blood. During clinical trials, it was found that amyloidosis has an autoimmune nature, meaning that the immune system "makes a mistake" against the background of prolonged inflammation, and protein synthesis is distorted. As a result, the protein acquires the signs of an antigen (a substance with signs of foreign information) and antibodies begin to be produced to fight it. The combination of antigens and antibodies forms an amyloid substance in tissues.

The protein "clogging" the kidneys is accompanied by

Deposition in the amyloid kidney parenchyma is complicated by organ damage, functional insufficiency. The symptoms of kidney amyloidosis, regardless of form, are combined with the standard symptoms of kidney disease (pain, unbearable urination, intoxication, etc.). Often, there are no manifestations of pathology until the onset of the acute phase of renal failure.

Primary renal amyloidosis occurs in people under the age of 40, progresses rapidly, and often ends in death. The secondary type is diagnosed in people aged about 60 years and is accompanied by symptoms of diseases that have caused amyloidosis. There are stages of amyloidosis of the kidneys, which describe the symptoms of the disease according to the level of its development.

The diagnosis of kidney amyloidosis involves a series of tests: 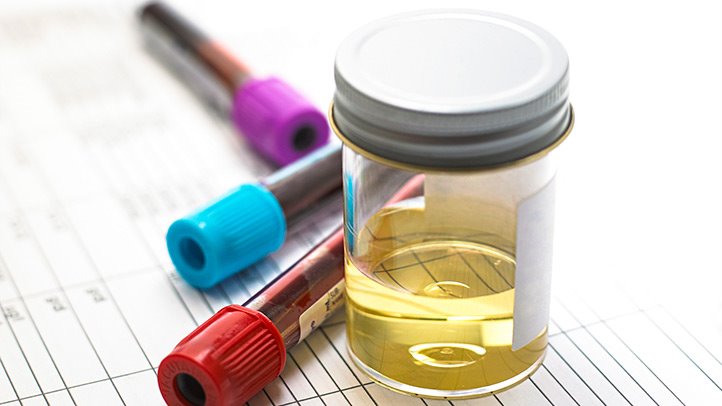 What can be seen on ultrasound? 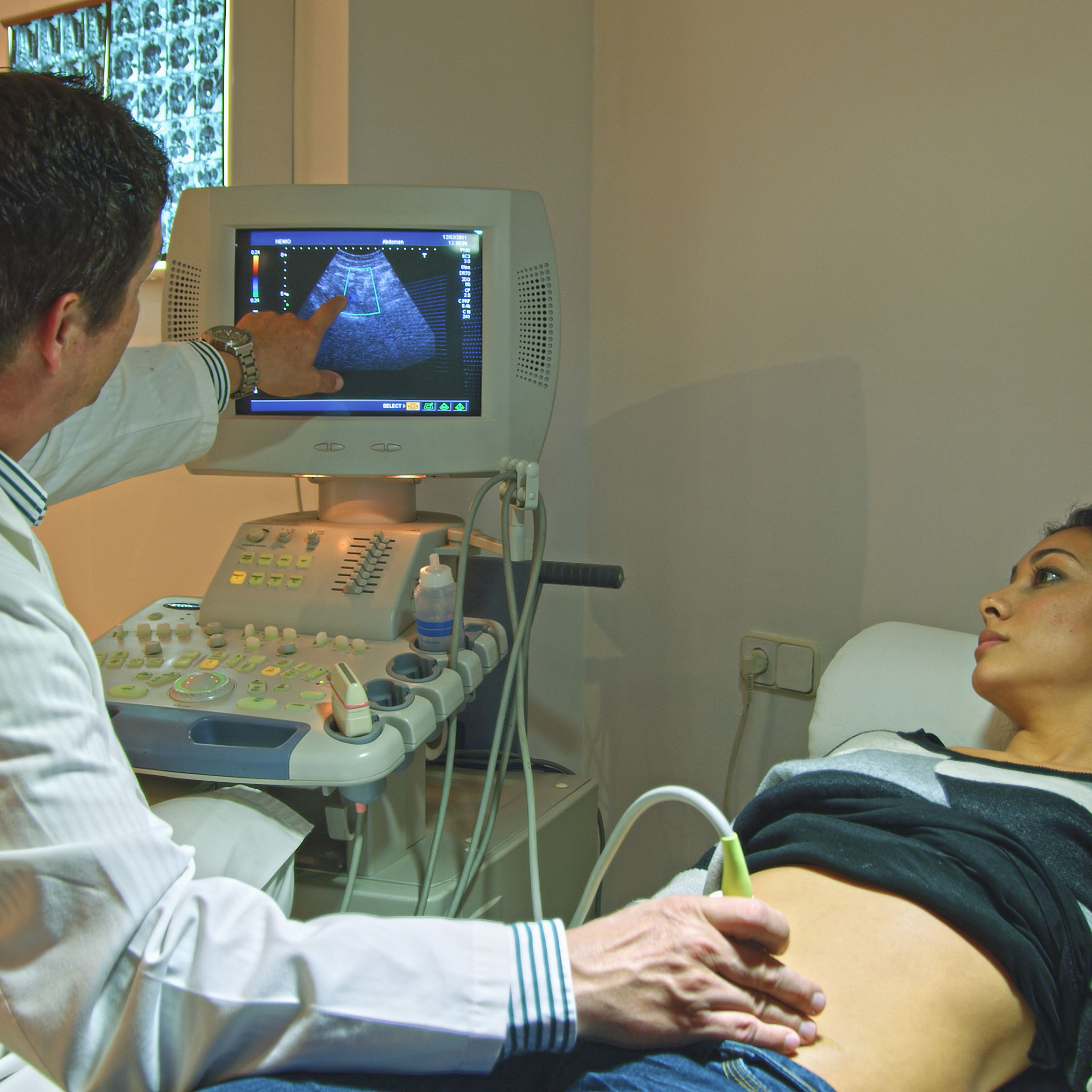 Ultrasound examines the condition of all internal organs, determines their size and structure and interrupts their functioning. This information is needed to determine the degree of pathology. Ultrasound shows:

Free fluid in different parts of the body (in the pleura, in the pericardium).

Sometimes heart disease is diagnosed earlier. The mixture of amyloid sediment in the myocardium (heart) causes heart failure. Heart rates increase significantly, valves are disturbed. The functioning of the body is disturbed, blood stagnation. There are a number of heart diseases that can lead to death, blood pressure is constantly low. 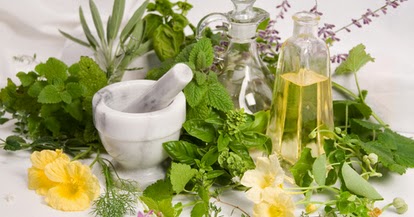 Between the administration of drugs for the treatment of amyloidosis, symptomatic or supportive therapy with the involvement of folk medicines is allowed, but it would not be unnecessary to discuss this with your doctor. Most likely recommend one of the following: