BENEFITS OF YOHIMBE ON MALE MENOPAUSE

Andropause refers to the appearance of signs and symptoms associated with a slow but steady decline in hormones such  as testosterone and dehydroepiandrosterone in middle-aged men. A decrease in testosterone occurs in men naturally as they age, but during andropause, which is more correctly called "hypogonadism" from a technical point of view, the levels of these hormones fall below the normal range for a given age.

If you haven’t seen an advertisement for “low testosterone” drugs on television or in the press, keep in mind that testosterone prescription drug providers are actively promoting their products to “hook” men with their fast-moving testosterone therapy. However, it should be said that knowledge about andropause and low testosterone levels are highly controversial. Futhermore, the objective of this article, is based on exposing the effect of yohimbe plant on andropause by getting rid of its symptoms. 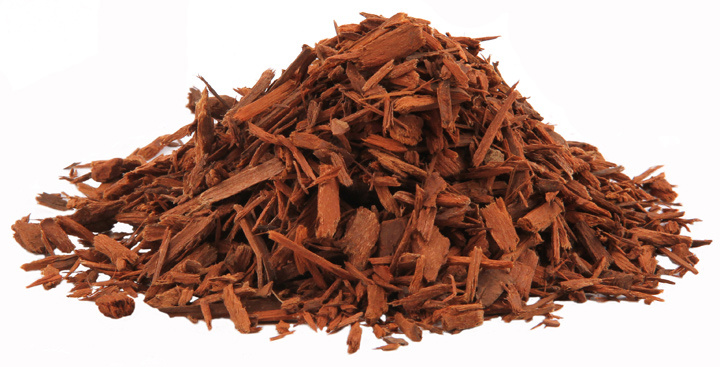 Pausinystalia yohimbe is an evergreen tree known for its yohimbine bark, an alkaloid used to treat impotence and erectile dysfunction. Titled today as "herbal viagra", the bark of the yohimbe tree is one of the most famous aphrodisiacs used for hundreds of years by the people of Africa.

Taking yohimbine dilates the blood vessels in the genitals of men and women, thereby increasing blood flow to them. As is known, this leads to an erection in men. There are indications that yohimbe bark extract promotes blood flow to the part of the brain that controls sexual function.

The height of the arachnid yohimbe can reach up to 30 meters, although most trees of the species are about 15 meters high. The stem is straight and rarely reaches a thickness of over 50-60 cm in diameter, and the crown is strongly branched. The bark, which is the most sought after part of the tree, is gray to reddish-brown, with longitudinal and horizontal cracks. It peels easily and has a bitter taste.

The inner bark is pinkish and fibrous. The sapwood (living wood) is yellowish and the core is colored in ocher shades. The wood is fine, fine-grained, relatively dense and moderately hard.

Yohimbe leaves grow in groups of three on short (about 2 cm) leaf stalks. The sheets are oval in shape, between 11-47 cm long and between 5-17 cm wide.

The main ingredient for which the plant is sought is the alkaloid yohimbine. Yohimbe extract also contains other alkaloids with undefined properties.

Healing properties and application of yohimbe

Yohimbine has the property to

The action of yohimbine occurs 1-2 hours after its intake and lasts about 2 hours.

Conditions and diseases in which the herb is used

The study of yohimbe began in the 1960s, when yohimbine was recognized as the best (for its time) treatment for erectile dysfunction. At the cost of mild and rapidly reversible side effects, not only men but also women enjoyed:

Recently, other benefits of taking yohimbine have been discovered, namely:

How to use yohimbe ►To make yohimbe tea, dry the bark and grind it. Put 6 tablespoons of yohimbe bark in 470 ml of water and cook for about 10 minutes. Strain the tea and drink it in small sips.

Some people report that the addition of honey and cinnamon makes the strange taste of the drink more pleasant.

►It is recommended to take 500 mg of vitamin C together with the drink.

Pausinistalia yohimbe has been a well-known aphrodisiac among the population of West Africa for hundreds of years. They ground the yohimbe's bark and swallowed the resulting powder to increase sexual pleasure and endurance. Both men and women benefited from this effect. It was part of marriage rituals, birth holidays, rituals to increase offspring.

Sometimes higher doses of the bark of the tree are applied during spiritual rituals because of their psychoactive effects.

Interestingly, the plant extract is used even in animals - applied to dogs, deer and elk, yohimbine can bring them out of sedation (anesthesia).

Important!
In case of overdose yohimbe leads to high blood pressure, palpitations, anxiety. It can be dangerous if taken in large doses and for a long period of time. It should not be used by people with kidney and liver problems, heart disease, taking antidepressants, pregnant and lactating women.

In addition, yohimbe raises blood pressure and should not be taken by people with hypertension!

When taking yohimbine be careful with the consumption of coffee and other beverages containing caffeine!

Do not take in combination with medications to treat depression and other neurological disorders.

Attention!
Taking yohimbe / yohimbine can cause side effects . Most commonly, they may include dizziness, headache, tremor (shaking), sleep problems, frequent urination, upset stomach, but there may also be changes in mental state and mood (eg anxiety and / or irritability). In rare cases, a fast heartbeat, nausea or vomiting may occur. If any of these effects persist, stop taking yohimbine. In the presence of rash, itching, swelling (especially of the face, tongue, throat), breathing problems, severe dizziness, seek emergency medical attention.