Supplements - is it something wrong?

Supplements of vitamins, minerals, and fatty acids can help to correct imbalances, as a result of a diet that has not met nutritional needs over time.

On the other hand, taking supplements as insurance in the event of a deficiency is not advisable. Consumption of isolated nutrients in isolated form can, in itself, result in nutritional imbalances and disrupt the effect of medicines.

Therefore, it is recommended first to have an expert assessment of a publicly approved dietitian, whether the nutritional or therapeutic benefit of taking specific supplements, based on one's nutritional status and health. You should then clarify with your doctor whether the appropriate supplements may interact negatively with the medication you otherwise take.

HERE ARE THE NATURAL SUPPLEMENTS FOR DIABETES

Magnesium and chromium are two minerals that form key pieces in carbohydrate turnover. They have been designated as insulin's "helpers" in their efforts to keep blood sugar under control.

Deficiencies of these nutrients have been linked to increased diabetes risk. People with diabetes may also have reduced levels of magnesium and chromium in the body - either as a result of a deficient diet or due to increased excretion.

Supplements may remedy any deficiencies detected. Research has so far been able to confirm that increased intake of these two nutrients is of practical importance for blood glucose control in people with type 2 diabetes with continued insulin production, or in those who are in the precursor of the disease.

Vitamin D status has been shown to be lower in obese and people with type 2 diabetes, but no causal relationship between vitamin D intake and diabetes has yet been established.

However, vitamin D has been shown to be of importance for insulin secretion, as the vitamin can affect the insulin-secreting cells of the pancreas via roughly the same mechanisms that apply to some common diabetes medications. However, only deficiencies have been shown that vitamin D supplements have been shown to have a modest beneficial effect.

Sources of vitamin D in the diet include oily fish, liver, and eggs. In the summer months, we also get a lot of vitamin D from sunlight. 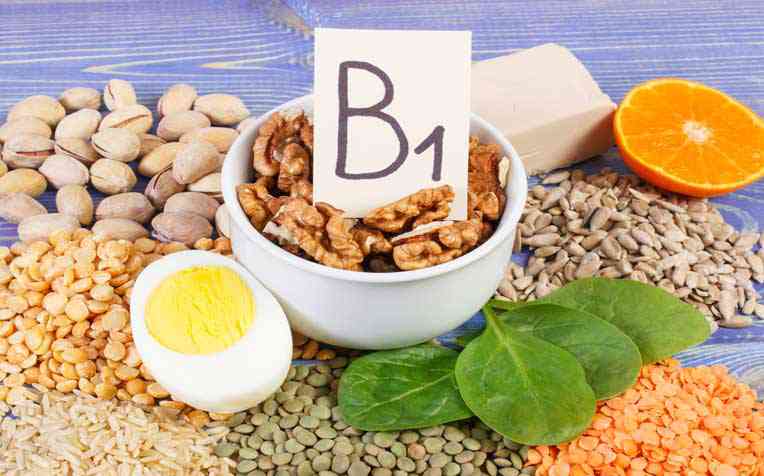 Vitamin B status, with an emphasis on folate, B6, and B12, has been in focus with the view that these vitamins are believed to contribute to the prevention of complications, such as cardiovascular disease and nerve damage. Here, too, the researchers have compelling results to point out. B12 deficiency, on the other hand, appears to be relatively common among people with diabetes treated with metformin, and with a view to correcting such deficiencies, supplements will be most relevant.

Good sources of folate in the diet are green vegetables (eg spinach and broccoli), liver, citrus fruits, and cereals. Sources of B6 are liver, cereals, bananas, meat, and vegetables. B12 is only found in animal products, and good sources are milk, meat, fish, and eggs.

Vitamin K is referred to in the media and the health food industry as the new super vitamin. In fact, one talks about two different forms of the vitamin, K1, and K2, where K2 is the one that has been the subject of most attention lately. The health claims are that vitamin K contributes to healthy bone health, reduces high blood pressure, counteracts the development of cardiovascular disease, prevents kidney damage, and helps with joint and muscle pain.

Vitamin K1 can be obtained through green vegetables such as broccoli, Brussels sprouts, spinach, lettuce, and cauliflower, while K2 is preferably found in fermented foods, such as aged cheese, Roquefort and shrimp fish. Since these are foods most of us eat daily, it is conceivable that low vitamin K2 status is prevalent in the population. This is despite the fact that the vitamin can also be formed by bacteria in the colon.

Previously, it has been assumed that the self-production of K2 has been sufficient, but researchers in the field argue that one should consume more than what the body makes itself. However, in order to reach high enough doses to achieve a clinically detectable effect, almost twice as much as stated in the Norwegian nutritional recommendations, which is approx. 50-100 micrograms per day.

Since there is uncertainty about how effective the absorption of vitamin K from the food is, some would recommend that the increased intake is in supplement form. However, it is important to be aware that the Norwegian health authorities do not support this view, as they believe that the scientific basis for recommending supplements rather than getting vitamin K from regular food is currently deficient.

In addition, users of blood-thinning drugs should be extra careful about taking vitamin K, as increased doses may interfere with the effects of such drugs.

Both omega-3 and omega-6 fatty acids have been found to be particularly beneficial in improving blood fat content, both in healthy individuals and in people with type 2 diabetes.

This is particularly relevant to talk about the prevention of cardiovascular disease. Regarding type 2 diabetes prevention, several summary scientific reports conclude that a diet rich in polyunsaturated fatty acids, such as omega-6 and omega-3 fatty acids (EPA / DHA), has a potential or likely risk-reducing effect on the development of diabetes type 2.

Omega-3 is found in fatty fish, walnuts, and seeds. Omega-6 is found in vegetable oils such as corn oil, soybean oil, and sunflower oil, and in some nuts. There is also some omega-6 in barley and wheat. These are common foods in a Norwegian diet, so the supply of omega 6 is large enough for most people.

In practice, this will mean that these fatty acids are primarily covered by the diet. In case of detected deficiencies of essential fatty acids or when needed for EPA / DHA supplementation for therapeutic reasons, supplements of such fatty acids may serve as a supplement.

Cinnamon has long been featured as a spice with blood sugar-regulating properties, due to its content of cinnamaldehyde. This is the active component of cinnamon, which has been shown to improve insulin sensitivity in several different ways.

Research shows promising results also with regard to other risk factors for late complications, which are concerned with the treatment of diabetes, but unfortunately, the doses needed to produce the beneficial health effects can at the same time lead to liver damage. This is because cinnamon also contains the hepatotoxic substance coumarin.

The Norwegian Food Safety Authority warns against a daily intake of cinnamon above approx. ½ teaspoon per day for healthy adults, especially when using Cassia cinnamon. If you take medicines that can potentially be influenced by the ingredients in cinnamon, you should naturally be even more cautious.

For about the same reason as for cinnamon, care should be taken with the use of herbs, mulberries, and spirulina, and any other "superfood" extracts that are marketed as blood sugar regulators. They can either interfere with the effects of regular diabetes medicines or increase the burden on the liver.

Although supplements can never replace a full-fledged diet, pills and capsules in special cases can still be used therapeutically to restore nutritional imbalances. In such situations, supplements may have a place in the prevention and treatment of diabetes.

However, anyone considering taking supplements is advised to first find out if the diet is deficient, and then to clarify whether current supplements may interact with any medications being taken - and in this way still, be degrading to health. The most important and best action you can take for yourself is to improve your diets if one's diets are not optimal. This could result in a far greater health benefit, overall, than one can achieve by obtaining some selected nutrients through supplements.

Take advantage of this natural treatment to fight diabetes!

IF YOU FOUND ThIS ARTICLE USEFUL, DROP A COMMENT BELOW.

FOR MORE QUESTIONS ON OUR PRODUCT